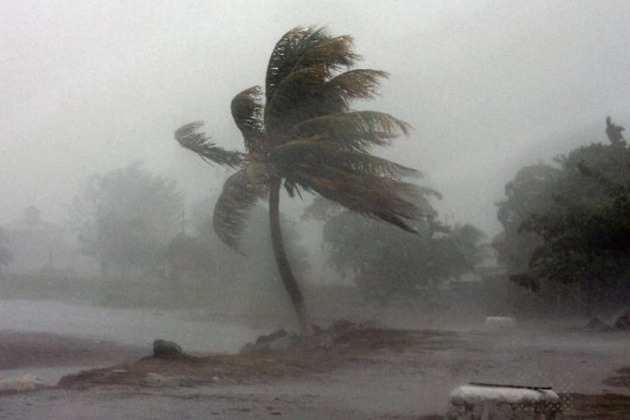 FLORIDA, U.S. - Up to 37 million people are set to be affected by the Atlantic's most deadly storm in history, Hurricane Irma, that continued to tear a deadly path through the Caribbean on Thursday.

Forecasters noted that no other storm in recorded history has maintained top winds of 185 p.m. for 37 hours - a record Irma set on Thursday.

According to Phil Klotzbach, a Colorado State University hurricane expert, Irma's intensity breaks the previous record - held by Typhoon Haiyan - which had similar top winds for 24 hours before it hit the Philippines and killed 6,000 people in 2013.

The storm is forecast to hit the south-eastern Bahamas by Thursday evening and near the Central Bahamas by Friday, even as residents of Florida and Georgia were repeatedly ordered to evacuate.

Forecasters said on Thursday that the track of the storm is set to lead it to cause a catastrophic strike on Florida, as it has already caused widespread destruction in the Caribbean, reducing buildings to rubble, killing at least 9 people and leaving thousands homeless.

Emergency chiefs warn of the "truly devastating" impact of the monstrous Category 5 storm on the U.S. - which could possibly hit Florida directly as early as Friday morning.

Forecasters are also predicting it could strike the entire Atlantic coast and rage into South Carolina and Georgia.

Since 1898, Georgia hasn't been hit by a hurricane with winds Category 3 or higher.

The order affects all areas east of Interstate 95, all of Chatham County and some areas west of the interstate.

It authorises approximately 5,000 Georgia National Guard members to be on active duty to help people respond and recover.

After striking the small island of Barbuda in the early hours of Wednesday, the hurricane destroyed nearly all buildings and left the island with about 1,600 people "barely habitable."

In a statement, the Prime Minister of Barbuda, Gaston Browne said the island is "literally rubble" amid scenes of "total carnage."

He said, "The entire housing stock was damaged. It is just total devastation" and estimated that Irma had destroyed 95 percent of the structures on Barbuda.

Further, the island of Saint-Martin too was labelled as being "almost destroyed."

The death toll on both the islands is expected to rise.

Early on Thursday, Irma blacked out much of Puerto Rico, covering the U.S. territory with heavy wind and rain.

It was said to be headed towards the Dominican Republic and Haiti.

In a statement, U.S. President Donald Trump said the U.S. is as well prepared as it possibly can be for the hurricane.

He said he thinks Irma is more powerful than Hurricane Harvey and voiced serious concern as Hurricane Irma cut a path of devastation across the Caribbean towards Florida.

He said, "We are very concerned, we are working very hard. We think we are as well prepared as we could possibly be. Florida is as well prepared as you can be for something like this, now it's just a question of what happens. We are with the people of Florida."

Authorities fear Hurricane Jose, trailing behind Irma, will bring winds of up to 129mph and is expected to follow a similar path when it arrives over the weekend.

The Caribbean is now facing the possibility of being affected by a second major hurricane, while Mexico is bracing for the arrival of Hurricane Katia on Friday evening.

Meteorologists have noted the unusual occurrence of three hurricanes forming at once in the Atlantic basin.