Charles Aznavour giving a concert in Amsterdam next year 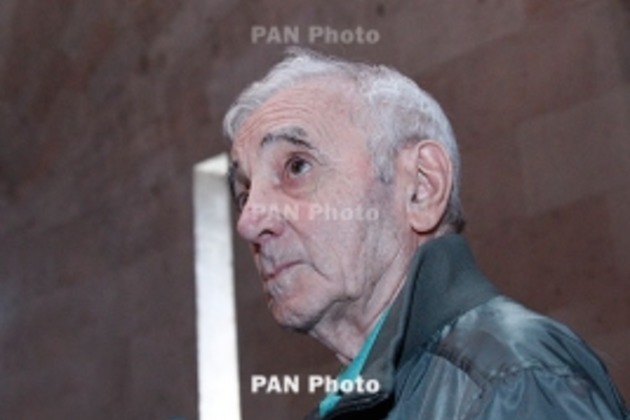 PanARMENIAN.Net - French-Armenian singer and entertainer Charles Aznavour will be giving a concert in Amsterdam next year. The 93-year-old musician will be performing at AFAS Live on March 3, 2018, NU.nl reports.

Aznavour gave two performances in the same concert hall as part of his Farewell Concert tour in January 2016.

Tickets for the upcoming concert will be up for sale starting from September 12.

As reported earlier, the artist will perform in Moscow and St. Petersburg in the spring of 2018.

Aznavour received a star on the Hollywood Walk of Fame on on August 24 after a more than 70-year career.

Born Shahnour Varinag Aznavourian in Paris to Armenian parents, has has sold more than 100 million records in 80 countries. He has been described as France's equivalent to Frank Sinatra.