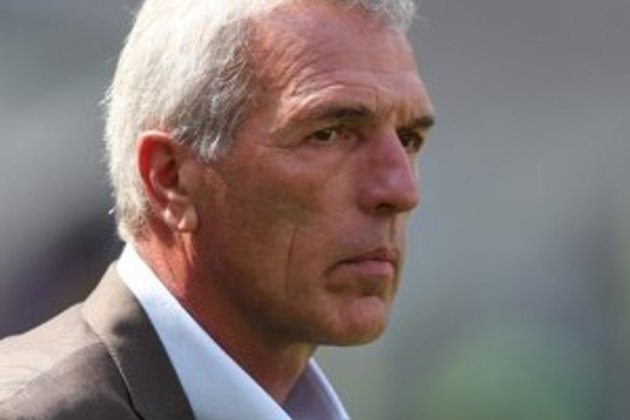 Cape Town - Kaizer Chiefs strengthened their position at the top of the Absa Premiership standings on Wednesday night as they beat Chippa United 2-0 at Nelson Mandela Bay Stadium.

The hosts were fearless in the opening 10 minutes of the clash against the league leaders and peppered their goal with long shots as Silas Maziya marauded down the left flank on a few occasions before cutting inside to unleash with his right foot.

However, it was at the other end of the pitch where the first clear-cut opportunity fell for Siyabonga Ngezana. A corner kick found the defender in the box but his header flashed over the bar.

Amakhosi seemed to find their rhythm as the first half wore on. Samir Nurkovic whipped in a cross from the right flank but Lazarous Kambole and Philani Zulu both failed to make contact with the ball.

Maziya was once again a thorn in the visitors' side as he outfoxed the defenders to find space to shoot from 15 yards out, but his composure escaped him and he sent the ball flying into the stands.

Chippa endured some rotten luck in the first half as they were forced into making all three of their substitutions due to injuries. They lost both central defenders in Elvis Moyo and Frederic Nsabiyumva, while Boikanyo Komane also had to leave the pitch.

Chiefs came closest to scoring just before the interval when a perfectly weighted pass over the top of the defence from Willard Katsande picked out Samir Nurkovic whose volley rattled the Chippa bar.

After a relatively quiet start to the second half Chippa came close to levelling matters when Chidi Kwem connected with the cross curled in from deep by Gregory Damons, but he directed his header just wide.

The deadlock was broken in fine style in the 67th minute by Dumisani Zuma. Katsande found Zulu just outside the Chippa box and the midfielder's first touch put him in space inside the area from where he calmly slotted the ball into the bottom corner of the goal.

Chippa never looked like finding the equaliser in the latter stages of the game and it was the visitors who scored in stoppage time via Zuma who completed his brace with a powerful shot to secure Chiefs' eighth win of the league campaign.

75% of consumers in UK, Australia and U.S. slam Chinese government

LONDON, UK - More than 75% of consumers in the UK, US and Australia blame the Chinese government for the ...

JERUSALEM - The only Palestinian industrial area in East Jerusalem is to be demolished, and the present occupiers of the ...

HOUSTON, Texas - Over 60,000 people showed up for a Houston protest and rally in the wake of George Floyd's ...

LONDON, UK - Altaf Hussain, the founder and leader of the Muttahida Qaumi Movement (MQM), has appealed to the United ...

There is no need to wonder why George Floyd (age 46) was murdered in broad daylight in Minneapolis, Minnesota, on ...

With the U.S. deciding to walk out of the Open Skies agreement, the U.S. is signaling to the world that ...

ROME, Italy - Global food commodity prices fell for the fourth consecutive month in May as the coronavirus (COVID-19) epidemic ...

SYDNEY, Australia - Stocks in Asia advanced on Thursday but gains were limited, and not universal.China's Shanghai Composite finished flat.The ...

PARIS, France, June 3 (Xinhua) -- France will maintain its planned tax on digital services at the Organization for Economic ...

SYDNEY, Australia - Stocks in Asia made strident gains on Wednesday, although on the Chinese mainland the advance was limited.The ...

MUMBAI, India - Saregama India on Wednesday announced a global deal with Facebook to license its music for video and ...