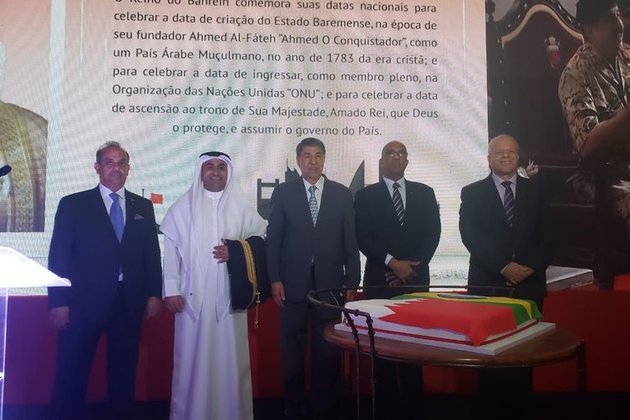 "The Kingdom of Bahrain has aspirations to establish strategic relations with Brazil," Charge d'Affaires Bader Abbas Al-Hulaibi said in a ceremony held in Brasilia on Tuesday (Dec. 10) to celebrate a national holiday of this Arab country which encompasses 33 islands and serves as a hub connecting a number of the world's most important commercial routes. Its embassy in Brazil-the only in South America-was opened in 2018.

In attendance, Sidney Leon Romeiro, director at the Brazilian Foreign Ministry's Middle East department, said Brazil-Bahrain relations will be expanded. "We're examining the cooperation possibilities in areas such as defense and culture. We must also study ways to deepen commerce, the flow of tourists, and bilateral investment," he said.

According to Romeiro, Brazil recognizes the importance of the political role played by Bahrain locally. He mentioned Bahrain's willingness to "live in peace and harmony with its neighbors, as well as the country's efforts to solve conflicts peacefully."

"We recognize Bahrain's efforts, above all, in defending the peaceful co-existence of religions in a period in which we watch incidents stemming from religious intolerance, like Islamophobia, antisemitism, and the persecution targeting Christian minorities in several parts of the world," he added.

In addition to the national date, Bahrain also celebrated the anniversary of the day Isa bin Salman Al-Khalifa ascended to the throne. Independent since 1971, the country is a key economic and financial center locally, with a number of financial companies from all over the world headquartered there. Bahrain has also included making the economy more sustainable by 2030 among its priorities.

WASHINGTON, DC - With a promise to 'heal' America, which in recent months witnessed a chaotic election and messy transition ...

U.S. stocks rose on Tuesday, the last day of Donald Trump's presidency.It was a fitting farewell as numerous records were ...

SYDNEY, NSW, Australia - Stocks in Asia were hot on Tuesday, although mainland China was running against the trend.In Hong ...