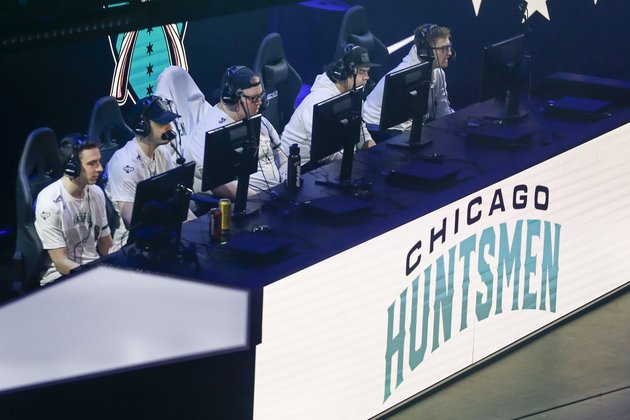 The third-place Chicago Huntsmen, who could jump into first place in the Call of Duty League by winning the Seattle "home" series this weekend, got off to a bright start Friday with a 3-1 win over the Paris Legion.

The Huntsmen advance to the Group B winners-bracket final, where they will opposethe Minnesota Rokkr on Saturday. The Rokkr edged OpTic Gaming Los Angeles 3-2 on Friday.

In Group A action, the London Royal Ravens slipped past the last-place Los Angeles Guerrillas 3-2, and the New York Subliners downed the "host" Seattle Surge 3-1.

Two teams will advance from each four-team group to the four-team, single-elimination playoff bracket over the weekend. Ten CDL points are awarded for each match victory, with the mini-tournament winner earning another 10 points. The second-place team will earn 30 points for the weekend, with 20 points each going to the third- and fourth-place teams and 10 points each for the fifth- and sixth-place finishers.

All CDL action has moved online in light of the coronavirus pandemic, though teams that would have been at home for specific weekends are maintaining that designation for the virtual competition.

As play began Friday, Chicago jumped on top of Paris by winning Azhir Cave Hardpoint 250-203 and St. Petrograd Search and Destroy 6-2. The Legion stayed alive with a 171-136 decision on Gun Runner Domination before the Huntsmen sealed the series with a 250-236 victory on Hackney Yard Hardpoint.

The Royal Ravens and Guerrillas traded off wins and losses, with London eventually prevailing 6-3 on St. Petrograd Search and Destroy to wrap up the series. London opened with a 250-159 win on Gun Runner Hardpoint before Los Angeles won Piccadilly Search and Destroy 6-3. The Royal Ravens prevailed 159-135 on Gun Runner Domination, but the Guerrillas forced the match to the limit by capturing Rammaza Hardpoint 250-146.

The Rokkr-OpTic series followed the same pattern, with Minnesota winning the first, third and fifth maps to claim the match. Minnesota won 250-195 on Rammaza Hardpoint ahead of OpTic's 6-5 victory on St. Petrograd Search and Destroy. The Rokkr took Gun Runner Domination 167-157, but OpTic rolled to a 250-135 win on Azhir Cave Hardpoint. The decisive fifth map, Arklov Peak Search and Destroy, went to Minnesota by a 6-5 count.

The Subliners began with a 250-175 win on Gun Runner Hardpoint and a 6-4 victory on Arklov Peak Search and Destroy. The Surge prolonged the series by winning Gun Runner Domination 154-151, but New York closed out the match with a 250-200 triumph on St. Petrograd Hardpoint.

The Week 8 semifinals and final will be played Sunday.