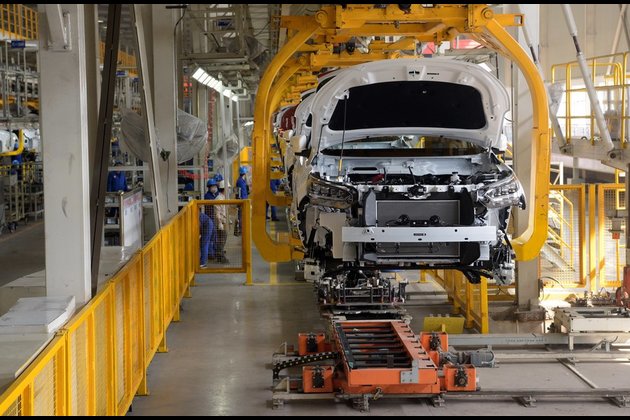 In the first half of the year, industrial output fell 1.3 percent, dragged down by the 8.4-percent slump in the first quarter as the novel coronavirus outbreak disputed economic activities during the period.

Last month, output by the industries in the production and supply of electricity, thermal power, gas and water reported the quickest recovery by expanding 5.5 percent year on year.

Overall, the Chinese economy has gradually overcome the impacts of the virus outbreak, and activities have shown stable recovery, the NBS said in a statement.

But with the global spread of the virus, domestic recovery still faces pressures, it added.

In a breakdown by ownership, output by the private sector went up 4.8 percent year on year in June.

The output of state-controlled enterprises rose 4.9 percent, that of joint-stock companies rose 5 percent and that of overseas-funded enterprises gained 4.2 percent.

The industrial output is used to measure the activity of designated large enterprises with an annual business turnover of at least 20 million yuan (about 2.86 million U.S. dollars). ■