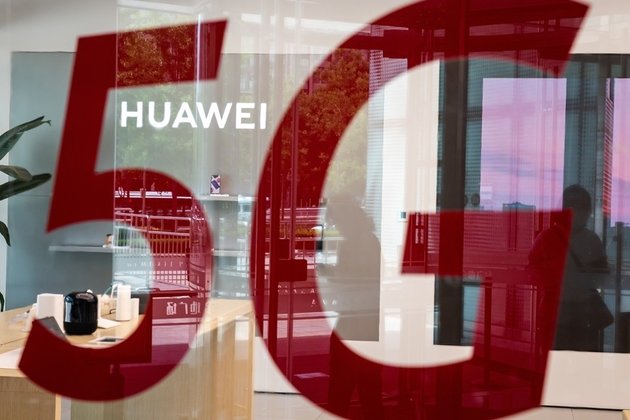 Beijing lashed out on Wednesday at Britain's decision to ban Huawei equipment, saying London had become "America's dupe" and vowing to take measures to protect the interests of Chinese companies.

The British government bowed to growing US pressure and pledged Tuesday to remove Chinese telecoms giant Huawei from its 5G network by 2027, despite warnings of retaliation from Beijing.

"China will fully and solemnly assess this matter, and will take a series of necessary measures to safeguard Chinese companies' legitimate rights and interests," Chinese foreign ministry spokesperson Hua Chunying said at a routine briefing.

"Any decisions and actions (by Britain) must come at a cost," Hua said, without elaborating.

US officials hailed Britain's decision, saying it showed a "growing international consensus" that Huawei and other companies allegedly linked to the Chinese state pose a threat to national security.

Hua claimed London "(acted) in coordination with the US to discriminate against, suppress and eliminate" Huawei, and accused Britain of becoming "America's dupe".

Huawei has become a pivotal issue in the geopolitical war between China and the US, which claims that the firm poses a significant cybersecurity threat.

The US has also requested the extradition of Huawei executive Meng Wanzhou on fraud charges, worsening relations between China and Canada, where she is currently under house arrest.

Beijing suggested that Britain might face further repercussions for the move, and warned Chinese companies to think twice about investing there.

Over the past decade, successive UK governments have encouraged the growth of economic ties between Britain and China, which have become more crucial as London finalises its departure from the European Union.

"This is an issue that seriously threatens the security of Chinese investment in the UK, and is also a question of whether we can trust the UK market to remain open, fair and free from discrimination," said Hua.

"We have also reminded all Chinese enterprises to attach great importance to the increasing political security risks they face when conducting business in the UK."

Preparedness for nuclear attack or event at lowest point since 1945

It is important to mark the solemn 75th anniversary of the first and only use of atomic weapons against cities ...

Isreeli empathy for Lebanon draws fire from within

BEIRUT, Lebanon - The Lebanese cabinet has ordered port officials who had roles in storing or guarding highly explosive materials ...

WASHINGTON, DC - The Trump administration said on Wednesday it was stepping up efforts to purge "untrusted" Chinese apps from ...

More than 100 villagers fled their homes in Myanmar's northern Shan state into China as fighting broke out between ethnic ...

BEIRUT, Lebanon - The world has been shocked by the severity of a huge blast which has rocked Beirut, killing ...

Asian markets topple over after Trump gets stuck into China again

SYDNEY, Australia - Stocks in Asia tanked on Friday as the U.S. took a big stick to China again, banning ...

A gunman with psychiatric problems took six people hostage at a bank in Le Havre, northern France, before giving himself ...

DUBLIN, Ireland - While its future on the other side of the Atlantic, and in the Pacific, is up in ...

SEARCA to get behind regional coconut industry