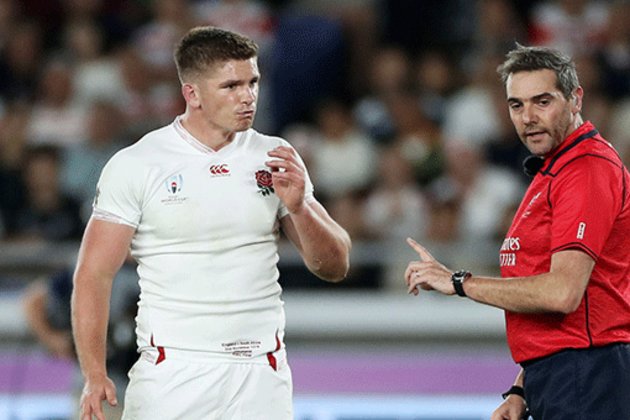 England captain Owen Farrell has become the latest big-name player to commit his long-term future to Saracens despite the club's relegation to the Championship over salary cap breaches.

The England flyhalf, 28, was under contract until 2022 but has now agreed a further deal with the club, who will play in the second tier next season after a points deduction for breaking rules governing the salary cap.

"Saracens is delighted to announce Owen Farrell has committed his long-term future to the club," the reigning Premiership and European champions said in a statement, without disclosing the length of the deal.

On Wednesday it was announced fellow England international Elliot Daly had signed a new three-year deal. Mako Vunipola and Jamie George are also staying at the club.

"The club means a lot to me," said Farrell, who has 83 England caps. "I've been here a long, long time now and to be sorted going forward is brilliant.

"Most of the senior players are in a similar position. They'd do anything to put us in the best position possible and that was telling during the tough times this year and I'm sure that will be the case going forward as well."

Director of rugby Mark McCall said: "Owen has grown up at Saracens, from a teenager in our academy to a central figure in English rugby.

"His drive to improve is relentless, pushing everyone in the organisation - players and staff - to be better every day. Quite simply, Saracens would not be the club it is without Owen."