5 things to know about Connecticut divorce

You are done with your marriage and have decided to file for divorce. It is not an easy decision, and you have numerous aspects to worry about, including the financial consequences and the well-being of your minor child. Before you go ahead with the legal proceedings, you must consider consulting a Connecticut divorce lawyer to know your case better. Divorces are often complicated, and circumstances are often different for each couple. Here are some key things to know about divorce in the state.

Get a divorce lawyer

Nothing in life can prep you for dealing with the consequences of a divorce. It only makes sense to hire a divorce lawyer at the earliest because they can guide you on the dos and don'ts. You can also understand what your rights are and the factors that could impact the case. If you and your spouse can cooperate on the key issues, it would be much easier to finalize the process. Your divorce lawyer can take care of the proceedings. 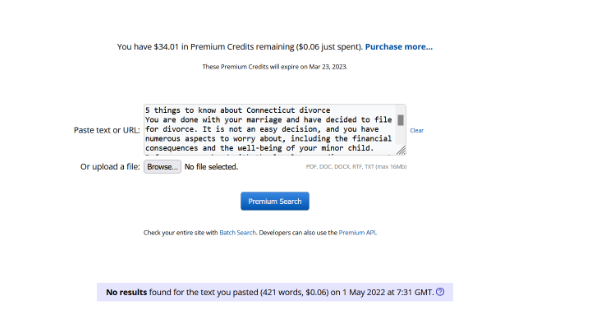