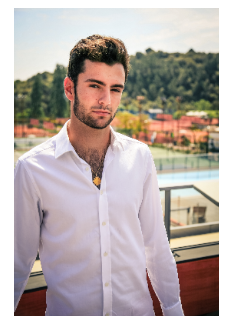 Can young twenty-somethings successfully manage their own companies in a business world that values experience, or is this only the realm of the older generation? Whatever your opinion may be, there is no denying that as the world heads deeper into the digital age, more young entrepreneurs are turning away from the corporate ladder to run their own businesses. One such leader is Adrien Crastes, the co-founder and CEO of One28, the app that makes it easier for partygoers to request their favorite songs from DJs. The app debuted in Monte Carlo at the MK Club in June 2022, and its usage has since spread across Southern Europe and to Miami in the States. Crastes, a former Division-1 tennis player at Bucknell University and now a graduate student in actuarial mathematics at Institut de Science Financière et d'Assurances in France, agreed to give his thoughts on why younger entrepreneurs should feel emboldened to pursue their business dreams regardless of their age.

Crastes first concedes that no matter how talented or successful a young business owner may be, they can always benefit from learning from those who are more experienced. Older business leaders have a lot of wisdom to offer that can help younger CEOs succeed. Even so, Crastes and his peers have some advantages that mean they should not be afraid to strike out on their own.

'First, we are the technology generation,' Crastes says. 'My peers and I are helping to create tech that can easily solve problems that many people believe are just the way things are. Take One28, for example. For years, we all accepted that it was difficult to communicate a song request to a DJ when the music was pounding and the room was dark. The One28 User App and One28 DJ App changed all that, giving the audience and DJs an easy way to connect. You couldn't do that before this tech was invented. It's just one example of how this generation of entrepreneurs is innovating solutions to long-standing problems.'

Crastes believes that entrepreneurs in the 18-30 age group are sometimes underestimated. 'We have excellent instincts about what consumers want and understand the importance of finding a niche and filling it,' he says. 'I have seen many other young owners of businesses find success because they zeroed in on an idea that appealed to a large demographic. Once they did, they had gold.' 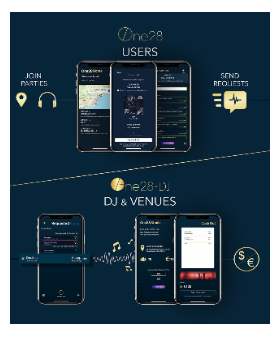 Crastes explains that with One28, he focused on the near-universal love of music and the effect that hearing a favorite song has on a listener's body. The person's heart rate will accelerate to 128 beats per minute, signaling an increase in adrenaline.

'In creating One28, I knew that it didn't matter whether an individual liked rap, country, rock, or something else,' he states. 'All that mattered was that by hearing a special song, their experience at a club or party could go from dull to memorable. With this at the center of One28, I have been able to grow my company on an international level.'

He adds that young entrepreneurs have learned about the marketing power that comes from getting the right influencers on board. This is especially true in an age when so many people communicate via social media, allowing new ideas to spread more quickly than in years past.

'One reason One28 has grown so rapidly across two continents is because DJs are among its biggest promoters,' Crastes says. 'They have seen no downside to using the app because it's free, and they keep full control over the music to be played. Clubbers are also talking about it because it's great for them, too: their favorite song is either played, which is a win for them, or it's denied, in which case they are instantly refunded. That has created good word-of-mouth across social media platforms.'

Lastly, young CEOs are savvy about taking their initial products and expanding the potential customer base for them.

'They get that to find more customers, it's not necessarily about creating another big idea but instead making sure that the original one has been optimized,' Crastes states. 'For example, at One28, we just implemented GBP currency for payments and payouts to DJs, so we now support USD, EUR, and GBP currencies. We have also released our web app and are currently developing our Mac OS DJ app version. All of this is to maximize the impact of our apps and make sure they are reaching the largest possible customer base.'

As the leader of One28, Crastes has a lot of respect for entrepreneurs of any age or experience level. 'It takes a lot to succeed in the business world when you're running your own company,' he believes. 'I hope more younger CEOs rise up and bring their products to consumers. They have some incredible ideas that can help our world progress and reach its full potential, and that is a win-win for everyone regardless of how old they may be.'

MOSCOW, Russia: Employees at Russian airlines and airports have begun receiving army draft orders, as reported this week by the ...

School children gunned down by ex-student at school in Russia

MOSCOW, Russia - At least fifteen people, including 11 pupils, have been killed in a mass shooting at a school ...

LUCKNOW, India: Thirty-six people, including 12 struck by lightning, have been killed in northern India over the past 24 hours, ...

LONDON, England: The non-profit organization Presidium Network has announced that five British prisoners of war captured in Ukraine have been ...

KUALA LUMPUR, Malaysia - Southeast Asian nations must decide whether a five-point plan to end the violence in Myanmar is ...

NEW DELHI, India - The Indian state of Tripura has decided to form a special investigation team (SIT) of local ...

SYDNEY, NSW, Australia - Stocks in Asia were mostly stronger on Tuesday after the heightened volatility of the previous day.Markets, ...

ISLAMABAD, Pakistan - Prime Minister Shehbaz Sharif has stated that Pakistan may need to import over a million tonnes of ...

NEW YORK, New York - U.S. stocks had a choppy day Monday, which was marred by severe gyrations in bond ...

HOLLYWOOD, California: Ahead of its 100th anniversary, the world famous Hollywood sign on Mount Lee overlooking Los Angeles is being ...

WASHINGTON D.C.: The U.S. Senate Judiciary Committee has approved a bill that will allow news organizations to jointly negotiate with ...

The Greatest Show on Earth