Can The Aerospace Industry Roll Back Its Climate Impact? 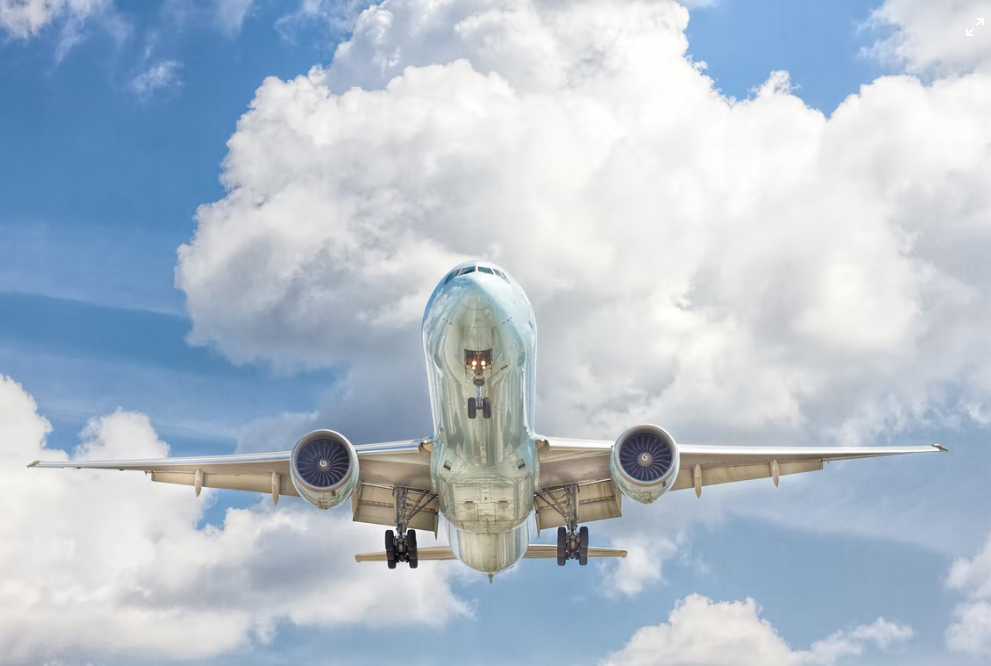 Aviation has had a tremendous impact on the world's climate. Polluting airplane and jet fuels, alongside ground-based fuel demands, create 175 million metric tons of CO2 every year in the USA alone - according to US News, that's roughly 3% of all emissions created every year globally. Emissions have only increased with the general uptick in volatility across the world this year, specifically from the conflict in the Ukraine. A lot has already been done in the world of aviation to try and roll back the impact of it upon climate change; however, more can be done.

The world of offsetting

One of the big measures put in by airlines is carbon offsetting. This is a very simple concept - when you take a flight, you, or the airline, also contribute money to a cause that will help to absorb the carbon emissions created by the aircraft. Carbon offsets are very popular as they allow people to fly while still doing something for the climate, though, as Bloomberg notes, the industry is wildly unregulated and so there are countless offers out there - some better than others. Carbon offsetting does work, however, with some of the larger schemes contributing more. Look for carriers that emphasize planting trees in the then and now, and also look for social-based schemes; one Honduras-focused operator helps impoverished families to convert to less polluting fuel sources, killing two birds with one stone.

As electric drive trains have grown more powerful, the prospect of electric-powered planes has become more realistic. Previously hampered by the simple inability of an electric engine to get an aircraft off the ground and pushing against gravity and wind resistance, Scientific American are now reporting that a range of electric planes are mooted for commercial operation soon. Again, there are issues that make electric planes an imperfect solution - chiefly, at the moment, the extraction of cobalt and REEs that make the engines possible. Range is a problem, too, but in this way electric aircraft can be the perfect solution to one of the most polluting forms of air travel - short-haul hops.

In addition to engineering and logistical changes, there are regulatory shifts available that could greatly reduce the number of flights and, by proxy, the amount of emissions. National Geography reported on the 'ghost flight' scandal that occurred in European airports throughout 2020-21. In order to retain their priority spots at airports, carriers are contracted to a certain amount of landings at those airports each year - even without passengers. This resulted in 10,000 unnecessary empty flights taking off and landing. Removing bureaucracy like this and ensuring only flights that need to take off expend fuel will make a big dent in the current emissions levels.

These measures, together, can make a huge difference in the level of emissions and what that means for the environment. The impacts of carbon emissions can never be fully rolled back, but they can be mitigated; and the challenge of net zero worked towards.

MOSCOW, Russia: Employees at Russian airlines and airports have begun receiving army draft orders, as reported this week by the ...

School children gunned down by ex-student at school in Russia

MOSCOW, Russia - At least fifteen people, including 11 pupils, have been killed in a mass shooting at a school ...

LUCKNOW, India: Thirty-six people, including 12 struck by lightning, have been killed in northern India over the past 24 hours, ...

LONDON, England: The non-profit organization Presidium Network has announced that five British prisoners of war captured in Ukraine have been ...

KUALA LUMPUR, Malaysia - Southeast Asian nations must decide whether a five-point plan to end the violence in Myanmar is ...

NEW DELHI, India - The Indian state of Tripura has decided to form a special investigation team (SIT) of local ...

SYDNEY, NSW, Australia - Stocks in Asia were mostly stronger on Tuesday after the heightened volatility of the previous day.Markets, ...

ISLAMABAD, Pakistan - Prime Minister Shehbaz Sharif has stated that Pakistan may need to import over a million tonnes of ...

NEW YORK, New York - U.S. stocks had a choppy day Monday, which was marred by severe gyrations in bond ...

HOLLYWOOD, California: Ahead of its 100th anniversary, the world famous Hollywood sign on Mount Lee overlooking Los Angeles is being ...

WASHINGTON D.C.: The U.S. Senate Judiciary Committee has approved a bill that will allow news organizations to jointly negotiate with ...

The Greatest Show on Earth