UN chief tells Moscow to step back from the brink 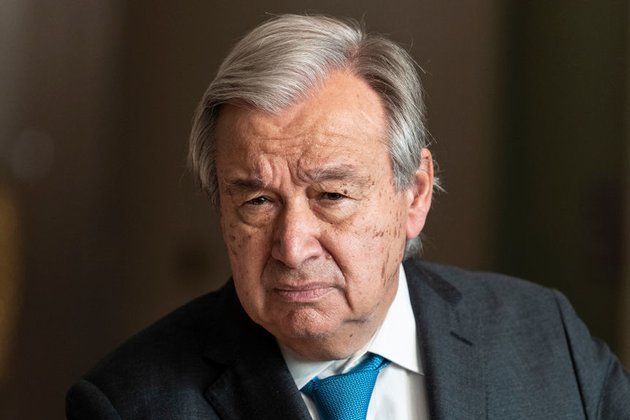 Antonio Guterres called on Russia to stop the ?annexation? of former Ukrainian regions and warned against ?dangerous escalation?

UN Secretary-General Antonio Guterres on Thursday warned Russia against the "annexation" of four former Ukrainian regions, accused Moscow of prompting a "dangerous escalation," and called on the Kremlin "to step back from the brink."

His remarks come a day before the ceremonial signing of the treaties on the inclusion of the two Donbass republics, as well as the self-proclaimed states in Kherson and Zaporozhye, into the Russian Federation.

Speaking to the reporters, Guterres described the upcoming accession procedure as "a process of annexation of the Ukrainian regions."

"Any decision to proceed with the annexation of Donetsk, Lugansk, Kherson and Zaporozhye Regions of Ukraine would have no legal value and deserves to be condemned. It cannot be reconciled with the international legal framework," Guterres said.

He explained that, at this "moment of peril," his duty was to uphold the principles enshrined in the UN Charter, as well as in a key document of the UN General Assembly, the Friendly Relations Declaration of October 24,1970. Both documents, he said, clearly state that no territorial acquisition "resulting from the threat or use of force" shall be recognized as legal.

Therefore, Guterres argued, the actions of Moscow not only represent "a dangerous escalation" but also violate UN principles, so they "cannot be reconciled with the international legal framework" and "must not be accepted." The UN chief also emphasized that the referendums in the two republics and two self-proclaimed states, which preceded their official requests to join Russia, were conducted during active military conflict in "areas under Russian occupation" and outside of Ukraine's "legal and constitutional framework." Therefore, Guterres argued, "they cannot be called a genuine expression of the popular will."

The UN general-secretary called on Moscow "to step back from the brink" and stop the accession process, claiming that the prospects of a peace solution in Ukraine would otherwise be jeopardized even further.

"It will prolong the dramatic impacts on the global economy, especially developing countries, and hinder our ability to deliver life-saving aid across Ukraine and beyond," he said.

On September 21, two days before the referendums in the Donbass republics, Kherson, and Zaporozhye, Russian President Vladimir Putin claimed that the "majority of people living in the territories liberated from the neo-Nazis, and these are primarily the historical lands of Novorossiya, do not want to live under the yoke of the neo-Nazi regime."

The EU, the US, and their allies have refused to accept the results of the referendums, calling them a "sham." Ukrainian President Vladimir Zelensky said that "Russia's recognition of the pseudo-referendums" means that Kiev has "nothing to talk about" with Moscow.