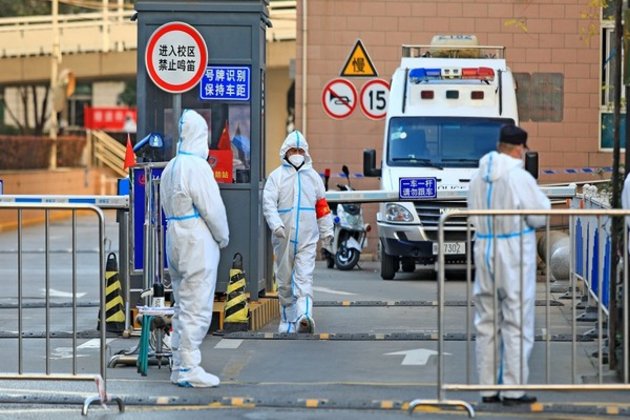 Beijing [China], September 30 (ANI): The World Bank concluded in its recent forecast that Beijing's economy will grow at a slower rate than the rest of East Asia this year as China's Zero Covid Policy has resulted in the shutdown of businesses in the country impacting hundreds of thousands of citizens.

Moreover, Russia's invasion of Ukraine and its impact on energy and food prices and supply is also weighing on China's economy, Sydney Morning Herald reported.

China has been trying tough to stimulate growth via infrastructure investment, and incentives, however, their draconian measures to curb covid via strict zero covid policy have added to the miseries of people.

The Zero Covid Policy of China under which full or partial lockdowns were imposed in major centres, has had a negative impact on businesses. More severe lockdowns were implemented in the country as it continued to report more coronavirus infections this year.

Many people have been unemployed and underemployed, especially in service industries, due to the repeated lockdowns in different parts of the country.

The lockdowns have affected factory production, and supply chains and caused goods shipment delays to the rest of the world and consumer prices in the country rose by 2.5 per cent due to the dampened demand. (ANI)China is one of the last places in the world still enforcing stringent zero-Covid measures. The heavy-handed approach has seen dozens of neighbourhoods across Shenzhen identified as "high-risk areas," and placed under strict lockdown orders.

In the last two years, while the rest of the world rose to the occasion and meandered its way through the global health crisis, China has clung to its futile attempt at feigning control over an impossible situation.

However, the unending restrictions have upended daily life and dealt a heavy blow to the slowing economy. In July, youth unemployment in China hit a record high, with one in five young people out of work. (ANI)