How To Choose A Home Theater Projector 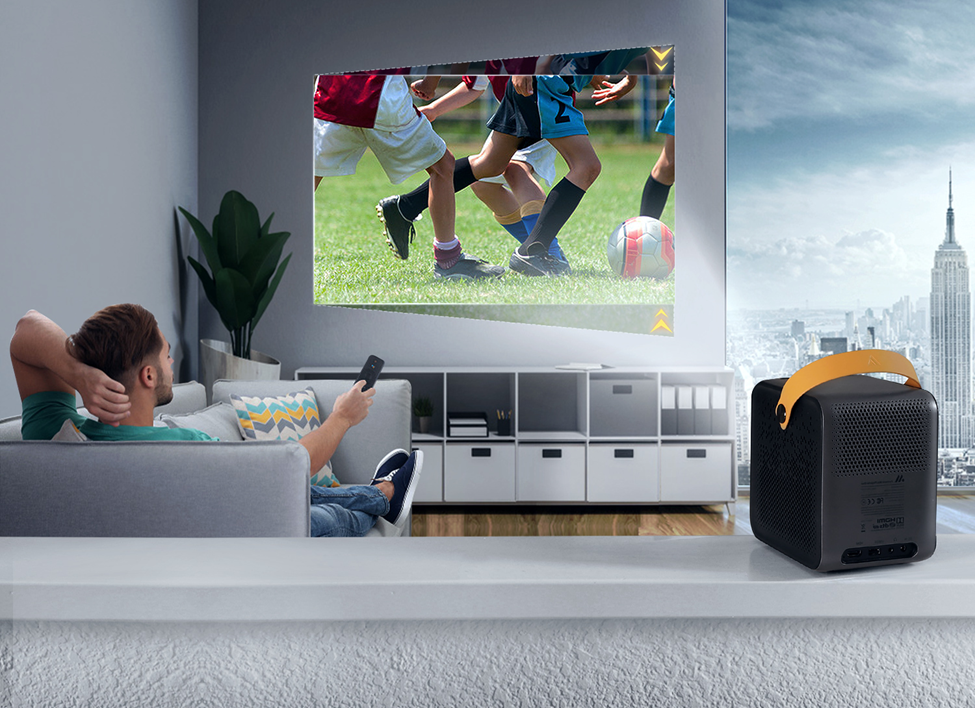 If you want to have the ultimate movie experience in your home, then having a home theater projector is a must. There are plenty of home theater projectors in the market right now, and it's easy to get confused. The trick is learning how to narrow down your choices, and that's what this article is all about.

Start With The Budget

Setting a budget is a good place to start when shopping for anything, especially for a home projector. This is because such devices can easily cost more than a TV.

You can find a basic model for about $600. On the other hand, a high-end one with all the bells and whistles for well over $3,000 when you shop online.

If you want a decent setup, it's advisable to pay around $1,500 to $2,000 for a home theater projector. An exception is the WEMAX Dice, which is affordable and works well enough for most people. It usually costs less than $1,000.

Remember to factor in the cost of any optional extras, such as a projector screen, sound system, projector mount, or soundbar.

When all the extras are included, even a low-priced projector can cost way higher than the original purchase price! Thus, it's up to you how to allocate the budget for the projector and the extras. If money is tight, you may forego the "nice-to-have" accessories or settle for cheaper versions.

You can further narrow down your options by choosing if you want a standard-throw, short-throw, or ultra-short-throw home theater projector.

A "short-throw" projector can reduce this distance by several feet, allowing you to find a better projector placement option other than mounting it on the ceiling.

However, home theater projectors have advanced enough to develop ultra-short throw projectors. This revolutionary kind of projector can project the screen unto a wall with just a few inches of space. It's ideal for anyone looking to maximize both space and convenience in their home theater setup. However, it usually comes at a higher price.

A bulb or a laser can be used to generate light within a projector. The image quality from a lamp with a lightbulb will begin to degrade after a few thousand hours of use. Thankfully, you can change the bulb, and it's relatively cheap.

Compared to traditional projector lamps, laser projectors and light-emitting diode (LED) projectors produce less heat and can survive for approximately 30,000 hours without needing to be replaced. However, it's more expensive than the bulb.

Spending less money on a bulb projector should be fine if you only plan on using it in a designated theater room to view movies or TV shows once or twice a week.

Spending the extra money on a laser projector is worth it if it will be used as the primary form of home entertainment due to its increased lifespan, superior color accuracy, and sharper contrast.

Lumens, a unit of measurement for how brightly a projector displays images, is yet another projector specification that needs to be considered. This spec is often listed as "ANSI lumens."

ANSI refers to the American National Standards Institute. Thus, ANSI lumens indicate that the value is already standardized according to ANSI's parameters.

While brightness needs to be considered, it only plays a major role if you use the projector in an area with a lot of ambient light. A good example is the living room. If that's the case, you need to make sure your projector has at least 2,500 lumens. It's possible this won't be an issue, as many high-end projectors have a brightness of more than 3,000 lumens.

However, some projectors are designed solely for dark theater rooms and may struggle in a well-lit environment. Hence, be sure to know the lumens of the device and where you plan on placing the projector.

Projectors with 4K support are already commonplace, so you shouldn't have any trouble finding one. Looking for a projector with 4K resolution is a good idea because it allows you to make the most of the larger displays.

Keep in mind that inexpensive projectors typically have a lower resolution cap, such as 720p or 1080p.

It would be best if you went for a home theater projector with the highest resolution as the budget allows. It also saves you the trouble of upgrading to a 4K model in the near future.

Get Acquainted With Imaging Chips

If you check the projector's specifications, you will find information regarding imaging chips. Imaging chips are the mechanism that the projector uses to regulate the light.

Nowadays, there are three common imaging chips, which are:

To avoid getting too technical and confusing, this article will boil down this subject as much as possible.

Go for LCoS if you want a projector with a display that's suitable for a cinematic experience and has a high contrast ratio.

Getting an LCD is the best option if you want the best bang for your buck or to save as much money as possible.

For video features, you might want to go for something with High Dynamic Range (HDR). This feature will produce a bright picture quality with more dynamic contrast. For the sound, Dolby Atmos is what you want. It delivers an immersive sound experience that is unparalleled in its class.

Wrapping It All Up

So that's it for now. While this article may be incomplete, it should provide a good foundation for properly choosing a home theater projector.

MOSCOW, Russia: Russian officials have said that some 2,500 Caspian seals have been found dead on the Caspian Sea coast ...

Indonesia to outlaw sex outside marriage

JAKARTA, Indonesia: In a legal overhaul that critics say could curb freedoms and police morality in the world's third-largest democracy, ...

Hawaii braces for eruption on Big Island of Honolulu

HONOLULU, Hawaii: Officials are concerned that a major eruption of the Mauna Loa volcano on the Big Island of Hawaii ...

WELLINGTON, New Zealand: The government of New Zealand said it will introduce a law requiring major online digital companies, such ...

China to sell electric vehicles in Japan in 2023