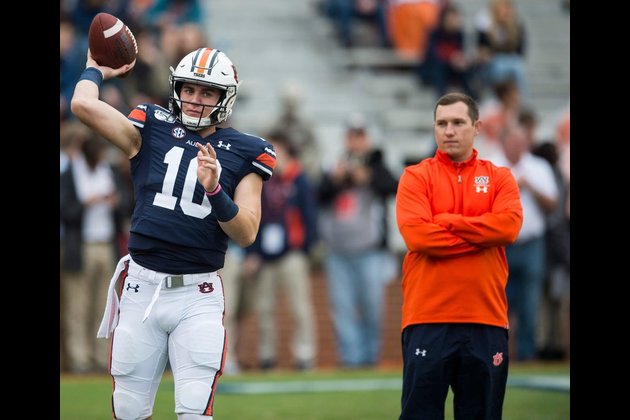 At 32, Dillingham becomes the youngest coach of a Power Five school in the nation. He is a 2013 Arizona State graduate who was raised in nearby Scottsdale.

He is the 26th head coach in program history and replaces Herm Edwards, who was ousted on Sept. 18 after the Sun Devils started the season 1-2.

"He brings the energy, knowledge and appreciation of our state and university that is valued by all of us," athletic director Ray Anderson said in a news release of Dillingham. "His knowledge of the current college football landscape, learned by coaching across the nation, is needed and wanted at ASU. He will care at the highest level about our state, our alumni, our former players and every single group that is important to help us win. We look forward to working with him and all Sun Devils in making his staff successful and helping our program reach our goals."

Dillingham started his college coaching career as an offensive assistant at Arizona State in 2014, then moved on to Memphis, Auburn and Florida State, serving as offensive coordinator at all three. He spent one season at Oregon.

"It is an honor and a privilege to be named the head coach at Arizona State University," he said. "This is a special place to myself and my wife, who is also a graduate. I truly believe the team we will build here is one that the state of Arizona and all Sun Devils can rally behind and be proud of as it will take everyone in the valley to help this program achieve the level of success it is due. I am excited to get to work and promise no one will work harder than the staff we will put together."

He is a nominee for the 2022 Broyles Award, given to the top assistant coach in college football for his work this season at Oregon.