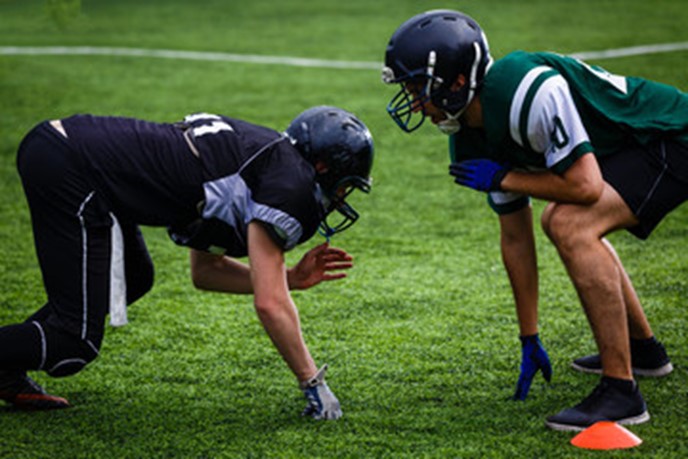 Buffalo Bills player Damar Hamlin, 24, is hospitalized in critical condition after a cardiac arrest on Monday. The incident occurred during the game as the team tackled the opponents. He was immediately given CPR and resuscitated on the spot.

Currently, he's in the intensive care unit of the University of Cincinnati Medical Centre, and the team has provided updates on his condition. Besides the NFL spreads on the favorite team to win, fan of the NFL will be definitely interested in the welfare and health of their favorite players.

NFL maintains that it planned on postponing Monday's match between Cincinnati Bengals and Buffalo Bills following the incident. It denies that it had planned a match after the unfortunate incident.

However, there has been criticism that there was a one-hour delay in announcing the postponement, surrounded by controversy. Nonetheless, the NFL was applauded for its decision to suspend the match.

Damar is Still In the ICU But Showing Signs Of Recovery

Buffalo Bills took to Twitter to report that Damar is still in ICU but showing signs of improvement. The healthcare team at the hospital is closely monitoring his progress.

Meanwhile, his uncle, Dorrian Glenn, told the media that Damar literally 'died' after collapsing, and only resuscitation brought him back to life. He adds that medics feel that sedating him gives his body a chance of healing more quickly.

Dion Gives His Narration of The Incident

Bills offensive tackle Dion Dawkins recalls the moment Hamlin collapsed in the field. He describes the moment as 'something was wrong' and recalls seeing medical staff running to the field to attend to Hamlin. He could see the medics waving and requesting elite staff join them.

Dawkins appreciates the fact that the match was postponed because, other than being celebrities, players are also people and appreciate being cared for.

For most people, especially players, Damar's field emergency came as a shocker and the first of a kind. However, looking back at the history of football, such incidents have happened in the past. Indeed, in the early years of the 20th century, over 40 players died from football-related injuries.

Over the years, football has grown into a multi-billion dollar industry under stringent safety regulations. For example, players must wear helmets, adequate paddings, and adhere to safety precautions.

Some players have suffered life-threatening injuries, died, or become paralyzed. Examples of prominent players who've sustained injuries on the pitch include Ryan Shazier, who had a spinal cord injury that eventually halted his football career. The former pro-Bowl linebacker was left partially paralyzed but learned to walk again through therapy.

In 2007, Kevin Evertt fell motionless during a match and suffered a spinal cord injury. Subsequently, the injury ended his career and left him paralyzed. Like Ryan, he was able to walk again after therapy sessions.

Korey Stringer was not lucky to survive because he died from exertional heat stroke at the training camp. His death was a major blow to the sports fraternity, leading the NFL to draft safety protocols for treating heatstroke.

NFL and Safety of Players Debate

The NFL has, over the years, developed protocols to protect players on the pitch. The regulations include imposing penalties for players who don't adhere to the safety rules or those who play dangerously.