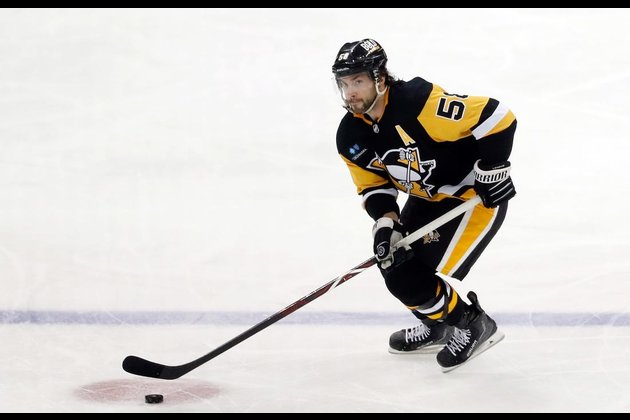 The Pittsburgh Penguins activated defenseman Kris Letang off long-term injured reserve Tuesday ahead of their home game against the Florida Panthers.

Letang last played Dec. 28 and has missed Pittsburgh's past 11 games. He was sidelined with a lower-body injury and also took time away from the team following the death of his father.

It has been a difficult season for the 35-year-old, who also suffered a stroke on Nov. 28 and returned to game action 12 days later. It was the second stroke of his life after he had one in 2014.

In 29 games this season, Letang has two goals and 14 assists.

MIAMI, Florida: This decade, the US south is expected to see more new residents than any other region in the ...

MANILA, Philippines: After a Filipina domestic worker was killed and dumped in the desert in the oil-rich emirate of Kuwait, ...

LONG BEACH, California: Long Beach, California-based Rocket Lab has launched its first mission from the United States, as part of ...

WSJ says Israel and Mossad behind Sunday's attacks on Iran

Israel was behind Sunday morning's drone strike on an Iranian munitions facility; the Wall Street Journal has reported, citing American ...

UK tanks for Ukraine must arrive by March, says minister

LONDON, England: Of the 14 main battle tanks and additional artillery support it will send to Ukraine, Britain hopes its ...

NEW YORK, New York - A slowing of wages growth in the fourth quarter, as reported by the Labor Department, ...

Profits down 9% at American Express due to late customer payments

UK airline Flybe goes out of business, cancels all flights

JERUSALEM, Israel: As demand for its driver-assistance technology rises among vehicle-makers, Mobileye Global is forecasting revenues for the 2023 fiscal ...

The Banshees of Inisherin